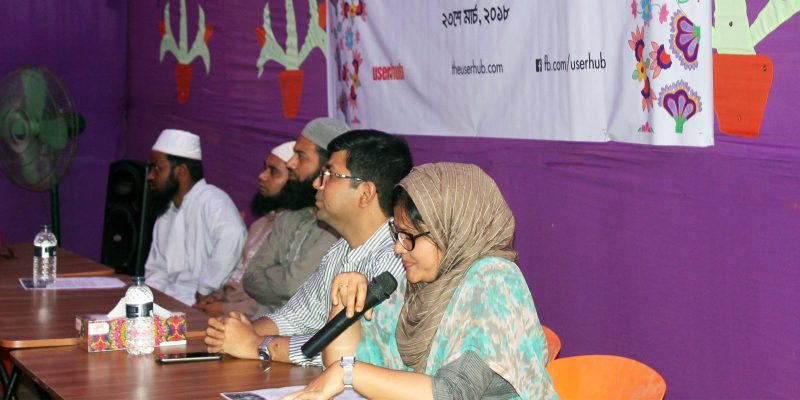 Dhaka, March 24, 2018: Userhub (User Study & Experience Research Hub), the leading voice in UX and Human-centered Design research and training, has successfully trained over 8000 students and professionals from all around the country. Userhub opened its second campus in Rangpur on Friday, 23rd March, 2108 through a Du’a Mehfil. Representatives from different occupations attended the Mehfil.

Nilim Ahsan, Co-founder and CEO of Userhub stated, “If we wish to take our country forward, we have to think about all of our 64 districts. Initiatives have to be taken from all corners of the country instead of only focusing on Dhaka.” “It is our responsibility to free Dhaka from the pollution, traffic jam and growing population crisis, and turn it into a clean and livable city.”

She further added, “Userhub wants to spread the knowledge of UX to every corner of the country. The opening of our Rangpur Campus has opened the doors to endless possibilities for the people of Rangpur and nearby districts.”

Co-founder and CXO of Userhub, Wahid bin Ahsan said, “In order to be a developed country, decentralization is important. If we want to create a successful Digital Bangladesh, we need trained IT professionals in all of the districts, upazillas and cities.” “We have taken the initiative to make North Bengal self-reliant in IT education and research by inaugurating Userhub’s Rangpur Campus. We expect co-operation from everyone.”

Usehub’s Rangpur campus is offering the same courses that are offered in Dhaka, along with a few extra ones. Admissions for the courses have started already.