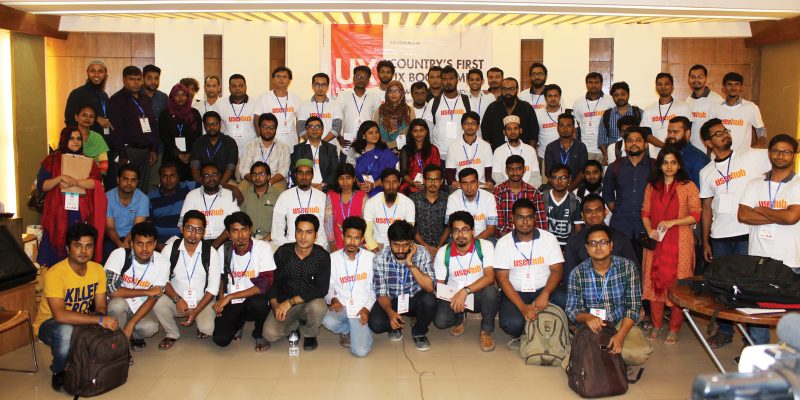 Userhub (User Study & Experience Research Hub) is the leading voice in research and education in the fields of user experience and user-centered design..

Nilim Ahsan, the CEO and Co-founder of Userhub stated, “We are very happy about organizing the first UX Boot Camp in Bangladesh. We successfully gave day long training to about 120 students, freelancers and professionals, who are interested in building a career in User Experience. ” Wahid bin Ahsan, Co-founder and Head of Design & Research of User Study & Experience Research Hub (Userhub), Head Facilitator of the UX Boot Camp said, “The presence of so many participants from all corners of the country was truly inspiring. We plan to organize more of such events in the future.”

The UX Boot Camp was organized by Userhub and Learn UX. Media Partner of the event was Techmorich.

Some glimpses from the UX Boot Camp